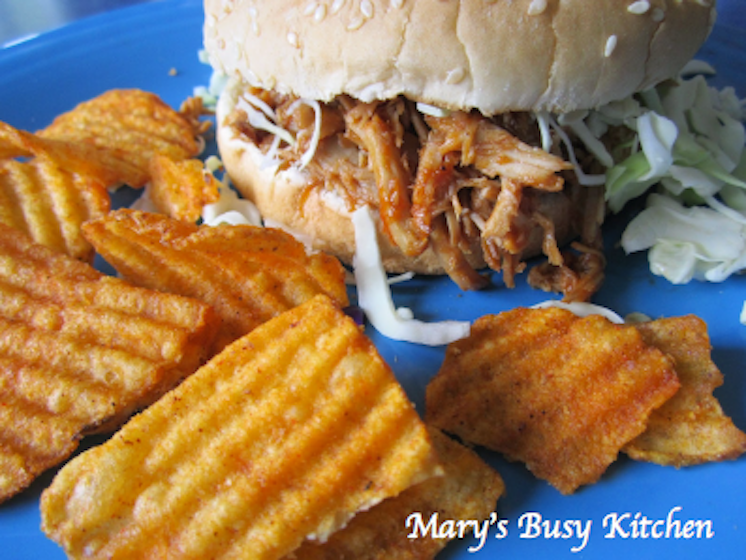 Pulled pork sandwiches are pretty popular nowadays. They feed a crowd, provide plenty of leftovers, and cook all day on their own.

Have you ever thought you came up with something new for dinner just to find out everybody’s already tried it?

Well, that happened to me when I came up with this great idea for barbecued pork roast sandwiches about 8 years ago. Oh well, that’s okay because we are still enjoying them. This recipe is fantastic with chicken breasts too. 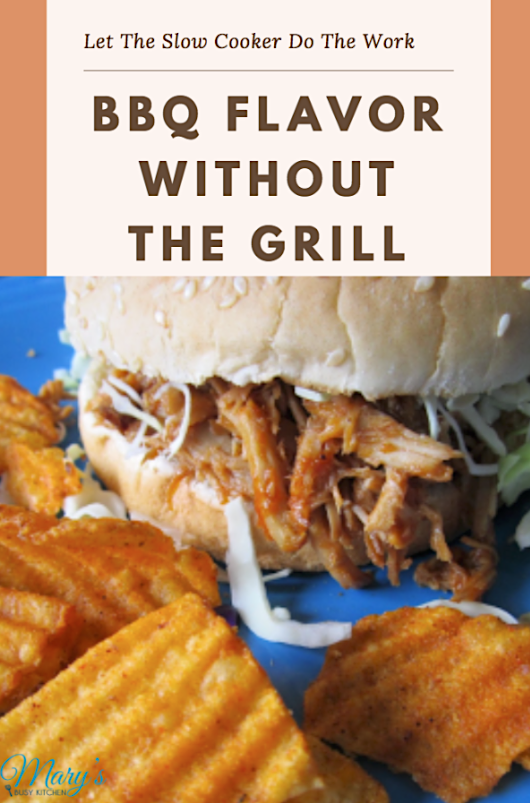 No one in our family really liked pork roast, including myself. So…I never cooked it. But after having pulled pork in Hawaii, I absolutely fell in love with it. I had never tasted anything so good. I will admit, they have a magical way of cooking pulled pork, but it also got me curious.

So I bought some really nice cuts of pork roast and started experimenting.  But even after trying various sauces, rubs, and herbs nothing even came close to what I had eaten in Hawaii. There was some leftover pork roast in the fridge that nobody seemed to want, and I was seriously considering giving it to our dog. I knew he would appreciate it for sure!

I decided to add some barbecue sauce to the leftover pork roast; served it up on a toasted bun with some coleslaw and a side of my favorite barbecued chips. It was an immediate hit with my family and we’ve been making these ever since. 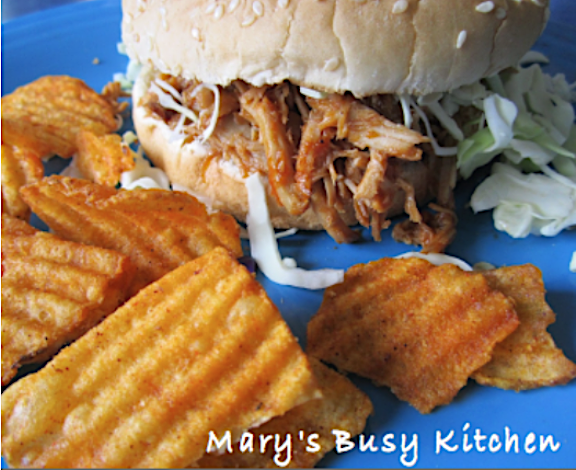 Of course, now I cook the pork roast in the slow cooker with the barbecue sauce seeping in the meat for hours. The tender, delicious meat will literally fall apart as you remove it from the slow cooker.

The only ingredient you will need along with a pork roast is some barbecue sauce.

Since I cook two at a time I use a larger slow cooker. If you are cooking one roast (about 4 lbs) the smaller slow cooker is perfect.

Rinse and pat dry the pork roast and place it in the cooker.  Pour a fair amount of barbecue sauce over the roast.

My favorite barbecue sauce is, Sweet Baby Ray’s. Exact measurements aren’t that important, just get a nice covering on the roast. I probably use at least half of the 40-ounce container of barbecue sauce in the slow cooker and the other half later when shredding the cooked meat.

If you need a corn-free barbecue sauce I suggest trying this corn-free, and allergy-friendly bbq sauce recipe at www.foodandlego.com.

Cover and cook on low for about 9 hours. I never use a frozen roast; always defrost first if your roast is frozen.
Remove the roast from the slow cooker and place it in a large dish; 9″ x 13″ works really well. Cover the roast with foil to keep it warm until you are ready to pull it apart. I think it is best to let the roast sit for about 10 minutes.

Here Is My Weight Watcher Tip For This Recipe:
This would be a good time to remove any meat that you don’t want extra barbecue sauce on, for example, if you are following weight watchers. Remove some of the meat from the inside, not the outside edges where the sauce is and each ounce of meat will still be 1 point. If you then want to add some extra sauce to your serving, then you can easily add a measured amount. Two tablespoons of this barbecue sauce are 2 weight watcher points plus points. The roast is delicious with or without the extra sauce.

Grab a knife and start slicing and pulling apart the meat starting at one end, and just slowly work to the other end.  On the edges, I cut that area up into small pieces, but the rest will shred nicely. 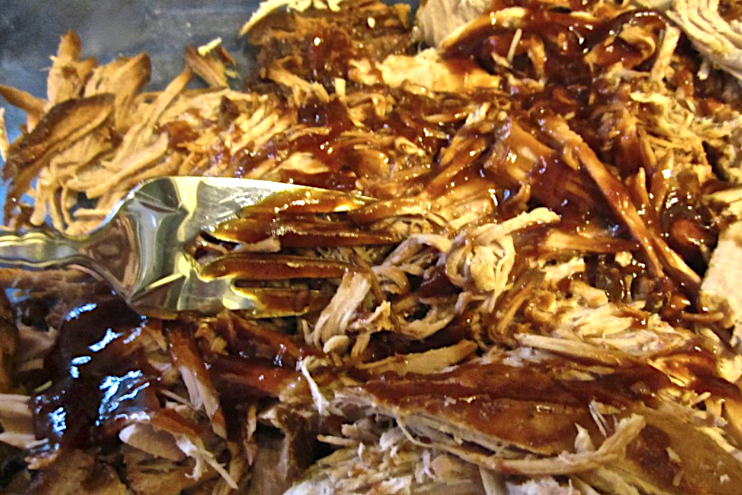 I like to add lots of barbecue sauce to moisten and flavor all of the meat. Keep turning over the meat and mixing in the sauce until the meat is evenly covered. I suggest tasting as you mix, that’s what I do!

Using a large serving fork to mix the sauce with the meat seems to work well.
Cover with foil to keep warm. I actually keep the prepared barbecued pork in the oven on warm until ready to eat.  Toast up some buns for your sandwiches.
This pulled pork recipe is also fantastic on gluten-free bread and rolls as well, The Best Gluten-Free Sandwich Rolls are delicious with pulled pork or try Schar Gluten Free Rolls for gluten, dairy, and egg-free rolls.
** You might also like to try my husband’s special homemade barbecue sauce, Memphis-Style Barbecue Sauce.
Sweet Baby Ray’s barbecue sauce is egg, soy, dairy, wheat, peanut, and tree nut-free.
Enjoy! 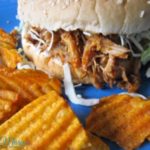 ** You might also like to try my husband's special homemade barbecue sauce, Memphis-Style Barbecue Sauce. Or this corn-free allergy-friendly barbecue sauce at www.foodandlego.com.
** For delicious homemade gluten-free sandwich rolls try these, The Best Gluten-Free Sandwich Rolls.
*** Here Is My Weight Watcher Tip For This Recipe:
This would be a good time to remove any meat that you don't want extra barbecue sauce on, for example, if you are following weight watchers. Remove some of the meat from the inside, not the outside edges where the sauce is and each ounce of meat will still be 1 point. If you then want to add some extra sauce to your serving, then you can easily add a measured amount. Two tablespoons of this barbecue sauce are 2 weight watcher points plus points. The roast is delicious with or without the extra sauce. 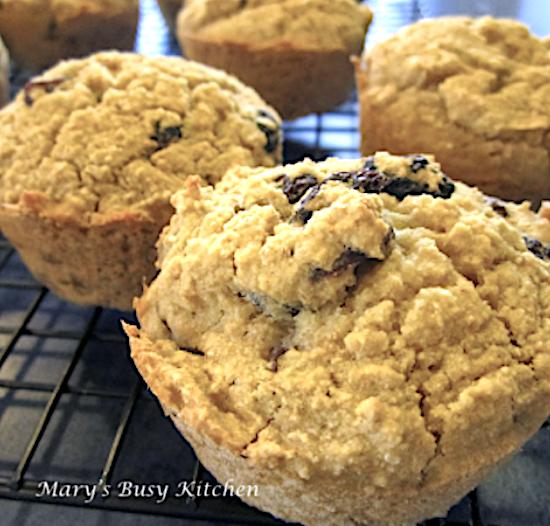 A completely healthy muffin for those on a strict gluten-free, low-sugar and low-fat diet.   I love these muffins so much. In fact, I think the flavor gets even better by the next day. So, if you don’t gobble them all up the first day…. you will see what I am talking about. Gluten-Free Applesauce…

GF sunflower, nutty oat & cherry cookies are the perfect “go-to” snack for kids and adults. Sunflower seed butter is my favorite substitute for peanut butter.  It’s a great alternative to those who have allergies or sensitivities to peanut butter, almond butter, or any other nut butter. You won’t miss peanut butter for one… 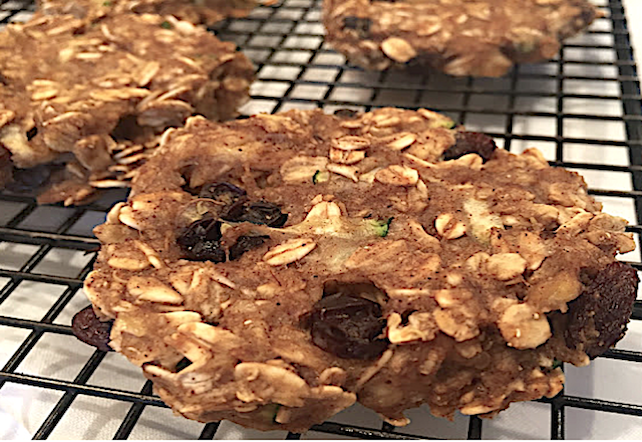 Now on the healthier side of things…here’s a new idea for a breakfast cookie, Quinoa Zucchini Breakfast Cookies. But don’t just save them for breakfast! I like to freeze them and pack them in my lunch for a mid-morning or afternoon snack. There are defrosted by the time I’m ready to eat them. These healthy… 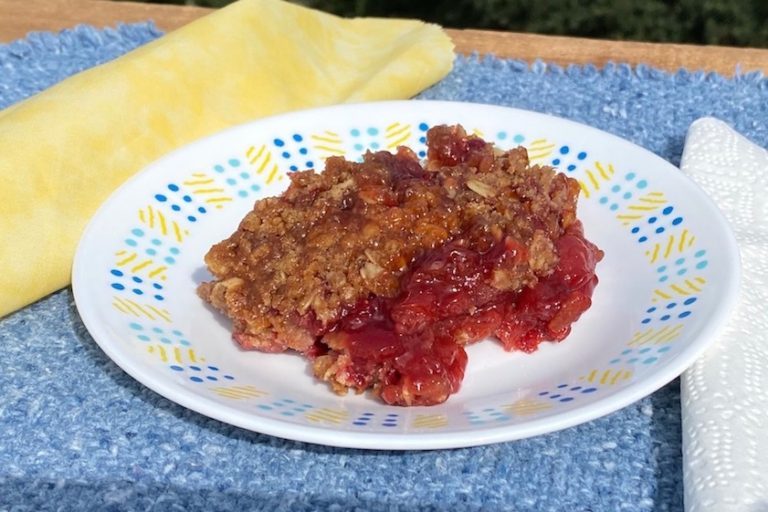 This gluten-free rhubarb & strawberry crisp is nothing shy of dreamy! I look forward to this time of the year when all the delicious summer fruits and vegetables become available. I usually make a traditional classic strawberry-rhubarb pie, but this year I decided to change things up a bit and make a fruit crisp.  Rhubarb is…

Homemade Seasoned Sweet Potato Fries are easier than you might think and much better for you too. If sweet potatoes aren’t your “thing” this recipe is just as delicious using russet potatoes. The first time I made these seasoned fries my family ate the entire pan…even the cold ones. The recipe called for regular… 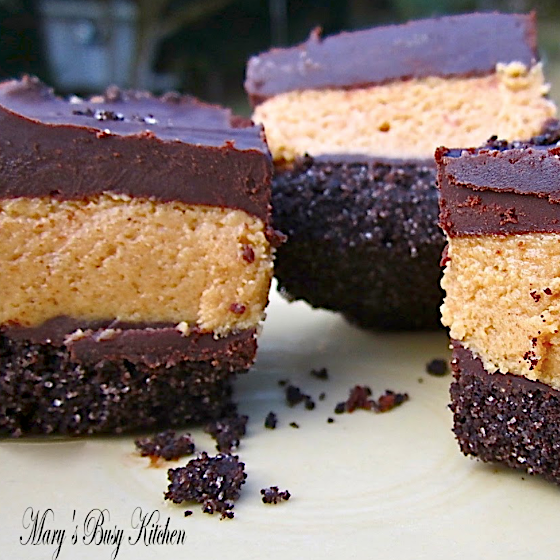 Welcome! I'm Mary, and I love to bake cookies and talk about food almost more than anything else. I also enjoy learning about new foods and creating recipes. My recipes offer a variety of allergy-friendly options, so please check them out. Feel free to ask me questions or share comments so we can continue to learn together.